Skip to content
Search
Close
Such strange days these have been! My companion and I returning home from Jerusalem, and each step feeling heavier than the last.
We had hoped …
Yes, this mantra – we had hoped – played again and again in our hearts and conversation along the way. It just seemed impossible that we had to admit we were terribly mistaken and lost all. Everything this man Jesus did was ethereal, anointed. The healings, the multiplication of loaves, the teachings on justice, how he mingled with people of every social strata, and even raised his friend Lazarus from the dead. All the signs pointed that he was the one the forefathers had written about, and so
We had hoped …
We were discussing our devastation of smashed expectations along the way to Emmaus when a stranger joined us, asking what we were talking about. How could he not know! News of the events have spread for miles … is it possible he could not have heard of Jesus, the man who rode triumphantly into Jerusalem just a week ago to shouts of Hosanas? How he entered the temple and turned over the money changing tables?  Who confronted the Pharisees and Scribes of their hypocrisy, and taught so powerfully in the temple?
We had hoped …
So here we were with Jerusalem behind us and another few miles before reaching our destination, and my friend and I spilling out the events these days to a stranger on the way. Especially of the last three days. Yes, things seemed to escalate over the week leading up to the first night of Passover. This was the greatest puzzle; how Jesus led the Pesach prayers and inserted himself into the ancient ritual.  “Take and eat,” he said, “this is my body.” He did the same with  cup. After the typical prayers of thanksgiving he said, “Drink from it, all of you, for this is my blood of the covenant, which will be shed on behalf of many for the forgiveness of sins…” All of us at table that night were stunned into silence and didn’t dare ask what he meant. We ate and we drank.
We had hoped.
We continued to pour out our story to the stranger of how we accompanied Jesus to the Mount of Olives. He seemed a little agitated and spent a long time in solitude and prayer. The air felt heavy to us then; did Jesus know what was going to happen? That one of his chosen disciples would lead guards and single him out with a kiss? How fear grabbed hold of us and we fled in the night. All courage was gone from our hearts. And the one we had hoped in was left alone to face a tragic end. After being brutally beaten and scorned like no man has ever endured before, he was found guilty and sentenced to death. Like a notorious criminal he was forced to carry his cross to a hill just outside the city where he was hung upon it to die. And, he did die. His lifeless body was taken down and hastily prepared for burial and put into a tomb, a large stoned rolled across the entrance.
Our hope died with him in utter defeat.

What did he say while he hung on the cross? “It is finished.” Yes. All is finished and gone. But one curious detail is left unexplained. His body is missing and women from our company said it was no where to be found. What could we do? There was nothing left for us to stay for, so we are here on the road to Emmaus accompanied by a compassionate stranger listening to our disappointing story of bitter defeat and despair. Oddly enough, the stranger seemed to think it all made sense, that it all fit together according to the prophetic texts. He said we were slow of heart and understanding.

“Don’t you get it? This was all necessary to fulfill the Scriptures”, the stranger said. And so he became teacher on the road to Emmaus, revealing all that Jesus had done was to bring to fulfillment God’s saving plan for humanity. Little by little, listening to the stranger speak, our hearts began to swell with rekindled hope, that maybe, just perhaps, the empty tomb was not the end but a beginning.
We reached Emmaus, and since the stranger had further to go, we parted ways, left to ponder if maybe all our hopes were not buried in the tomb after all. But without our welcoming in the stranger, we will never know.
—
What if the story from Luke 24:13-35 ended this way, with the disciples on the way to Emmaus letting Jesus pass by rather than welcome him in?
He wants to converse with each of us in our moments of confusion, doubt, worry, just as he did with the disciples on the way. He wants us to have our hearts burning with the promises only he can ignite and sustain.
Oh, the real ending of the story?

As they approached the village to which they were going, he gave the impression that he was going on farther. But they urged him, “Stay with us, for it is nearly evening and the day is almost over.” So he went in to stay with them. And it happened that, while he was with them at table, he took bread, said the blessing, broke it, and gave it to them. With that their eyes were opened and they recognized him, but he vanished from their sight. Then they said to each other, “Were not our hearts burning [within us] while he spoke to us on the way and opened the scriptures to us?” So they set out at once and returned to Jerusalem where they found gathered together the eleven and those with them who were saying, “The Lord has truly been raised and has appeared to Simon!” Then the two recounted what had taken place on the way and how he was made known to them in the breaking of the bread.

Will you invite him into your heart today so he can break bread with you? Jesus is a gentleman. He will not barge in; he waits patiently for your invitation.

—
This story was first published at Cathedral Young Adults blog. Go check it out!

There she was, scrawled on the ground before Jesus where she shoved down by her accusers. A crowd had formed, with some of the religious leaders asking whether she should be stoned or not.  Jesus, seeing their hearts, is saddened by their absence of love. Cold. Self-appreciating. Arrogant. No Mercy. No understanding. Only judgment. He looks around and finds each one, stone in hand, ready to commit violence and sentence death.

“Teacher, Moses said we should stone such people. What do you say?”

Jesus remains silent, squatting down to the ground, writing in the sand.

Jesus stands up, looks at each person and their stones, and says, “The one among you who has no sin may cast the first stone.”

He went back to writing in the sand. The crowd paused. Some looking incredulously at Jesus. Others weighing the stone in their hand and weighing their hearts. One by one the stones fall to the ground with a dull thud and the crowd disperses leaving only the woman and Jesus.

Each of us at times are like those in the crowd, just as ready to cast our stones at others. Stones of judgment, criticism, bitter words, retribution and hate.

Today, let us stop and ponder the stones we hold in our hands ready to throw at others, and to recall the words of Jesus.

This is the day’s examine, to weigh the stones we carry, those we hold at the ready to cast at others, and be ready to drop them as soon as the moment rises in our hearts.

Lord Jesus, help me to drop the stone of _____________ (whatever attitude or thought you hold against another), and turn to You, the Just Judge. Help me to recall the words of the prayer you taught us, “… forgive us our trespasses as we forgive those who trespass against us …” May I be able to let the stone I hold in my hand fall to the ground, and walk away in peace. Amen.

Reflection from the Gospel of John 8:1-11

May you always be before me, behind me, above me, below me,
encompassing me at every moment.

That I may walk always toward you, with Mary,
your mother and mine, to be my one companion.

It is the eve of Holy Week, when our Lenten journey makes a serious plunge into the richness of tradition and prayer. What better way to unite ourselves with the Universal Church than to watch the events taking place in Rome.

You can find a schedule of the coming week’s schedule below the live cam from Saint Peter’s Square. Be sure to download the corresponding prayer guides for the various celebrations (rebroadcast links are below schedule):

Celebration Booklets will be added as they are made available below:

United in prayer in our final preparation for Easter!

…you know what hour it is, how it is full time now for you to wake from sleep. For salvation is nearer to us now than when we first believed; the night is far gone, the day is at hand. Let us then cast off the works of darkness and put on the armor of light… (Romans 13:11-12, RSV).

These are the words proclaimed in the second reading this first Sunday of Advent. It can be broken down into six stand-alone statements:

For each of these statements, you may want to consider them as small admonitions from Saint Paul to you. We may hear him urging us, shaking us out of our complacency to an attitude of vigilance.

Are you vigilant in your prayer life? Advent is a time to take stock of our spiritual life, to move from our lethargy to actively engaging in conversation with God. It is human nature to think there is endless time. We put things off, and yet we are called in the reading of Saint Paul to the Romans to be ready.

Are you ready for the Day that Comes? Put on your armor of God’s light! The time is now.

For some wonderful insights:

A Recipe for Readiness, by Msgr. Charles Pope

Pope Francis calls us to ‘Enlarge our Horizons’

Bishop Barron discusses ‘The Mountain of the Lord’

May your Advent be blessed! 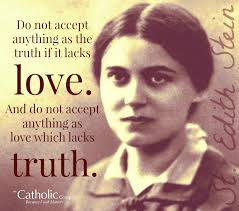 Intentions of the Church for APR 2020

Freedom from Addiction
We pray that those suffering from addiction may be helped and accompanied.